It’s that month of the year, where nearly every teenager faces a dilemma whether to take the occasion the month cradles, seriously or not. Some pardon my parlance; ponder upon it, while some don’t.  But there is one particular set of people who definitely go into hyperactivity as the date of 14th February approaches.  Members of VHS, Hindu Mahasabha, and RSS and other senile bearded dudes sitting on cushioned rugs with their not so very bright followers, may not come out furiously protesting the rape cases in India but lose their proverbial mind if a boy presents his enamored with a rose and a box of chocolates.

Recently Delhi Metro was bombarded with an anti-Valentine’s Day campaign with posters such as the one below being placed in nearly 40 Metro stations. The advertisements were put up by an organization called Bal Sanskar Santha who, get this, claims to draw their ‘Sanskari values’ from the most respectable child molester and abductor in India, Shri Asaram Bapu Ji. Albeit, he is still awaiting verdict and yes I agree to ‘Innocent until proven guilty’ yet there is no smoke without fire. But I digress.

The Ads declare 14th February as Parents Worshipping Day and threateningly denounce the so-called western culture of celebrating Valentine’s Day with your “the one”. The posters have two contrasting pictures depicting one pair of children worshipping their parents and other being condemned and publically humiliated by the police for I don’t know what reasons. Worshiping one’s parents is a good deed but mortifying and shaming other  forms of love just because you don’t deem them to be fit is fallacious.  The regressive mentality is evidently portrayed without any subtlety. These posters have created a furor among the commuters forcing the DMRC to order a probe into the matter, affirming that the posters will be pulled down shortly.

We all have a pretty good idea of the roots of the ideology behind this; Valentine ’s Day is a Non-Sanskari effrontery to the pure and chaste Indian civilization, that same civilization that gave Kama Sutra and built temples depicting the flabbergasting sex positions in Khajuraho. According to them, such open display of affection is not a part of the ‘sanskari’ value’s preached by our heritage. No, we don’t preach that kind of love; in fact, we do not tolerate love between a man and a woman but rather expect a simple act of obedience, mostly from the women. We should only display our affection to our parents, gurus and cows according to our “Culture”, the dynamics of which have been misunderstood.

Thus, when a group of has-beens, never-weres, and never-will-be go on a proverbial hunger strike launching love jihad I roll my eyes, with the expression of ‘get a load this guy’ and ignore them. But then on second thoughts, I decided not to ignore this particular attack on people professing their affection for another being because of the hypocritical annotation of drawing the inspiration from a guy who is in jail on charges of rape with a minor, molestation and abduction with many others.

So a humble request to Valentine day haters: India has reached on Mars, and is working towards becoming one of the world’s most powerful economy so can we, for once, stop threatening people who have already made the mistake of falling in love and let them live in peace? They aren’t harming any living souls, let alone botching an entire culture of a billion people. 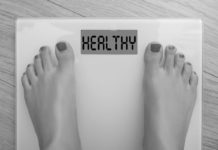 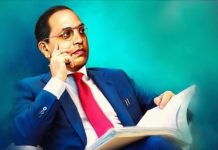 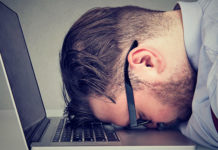 How My Insecurities Made Me A Liar And Villain