Home Blogs What Is a Feminist In Progress?

How would you define a feminist in progress?

“I think a feminist in progress was just my way of explaining to people that I’m not standing on a soapbox, preaching to anyone. I’m just trying to raise awareness and learn at the same time. I’m always going to be in progress. I will never have all of the updated information. I’m not a bloody computer! And there’s so much for me to learn, and I am excited to learn and I don’t have the arrogance to me. I’m a flawed fallible human being, who is learning and I think if anything to me feels more accessible and inspiring to know that someone can go from being problematic like I was, and maybe even still will continue to be sometimes, by mistake, and you can improve and change and use what you have, use your privilege to help other people which is what I’m now doing. So if I can do it, you can do it.” said Jameela in her interview with Good Morning America.

After listening to her opinion about being a feminist in progress, I think, a “feminist in progress” is a person who is constantly learning & spreading awareness in society related to the true meaning behind feminism. Being a feminist doesn’t require someone to be perfectly aware of the intricacies of intersectionality in feminism; we’re all continually learning and growing, irrespective of our identity or stature.

“I think women are just amazing. I think our pain tolerance is amazing, unbelievable, truly. I also think that we have tremendous strength in being allowed societally to express our feelings to anyone, in particular, to one another, and I wish that men were able to access that. Toxic masculinity and patriarchy affect men almost as much as it affects women in many ways, especially emotionally and that’s why the mental health of men is in constant decline cause they can’t express themselves. I love the nurturing emotional side of women. I wish more men had access to that because I think that they would be happier.” Here Jameela raised an important topic of “men & emotions”. Usually, people tend to ignore the fact that men too can be emotional at some instants of life. And patriarchy is not always favorable for men. The notion like “men don’t cry” are just digging a deep hole in the society which needs to change.

Where you are on your journey?

I personally, very much agree with Jameela’s stand on feminism. I too am learning and growing every day. I always try to aware people around me of the true meaning of feminism (which is not about hating men!). Feminism doesn’t say to hate all men or women are above men, it means equality in opportunity, dignity, and life to all. Some people believe that we do not need feminism today, but nothing could be further from the truth. Women have struggled for equality and against oppression for centuries, and although some battles have been partly won – such as the right to vote and equal access to education – women are still disproportionally affected by all forms of violence and by discrimination in every aspect of life.

Society needs feminism because women should not be considered as a responsibility of a male throughout her life; a woman is not a burden and marriage should not be the only reason for her existence; a woman should not be treated with disdain whether she is employed or not; we have maligned the purity of something as natural as menstruation and turned it into something unmentionable. Some Indian women in their periods are treated as untouchables. Even professions and family roles have been stereotyped based on gender. For example, professions like engineering, aviation, and military are considered masculine and professions like teaching, fashion designing, and homemaking are considered feminine no man should be under the pressure of being emotionally and physically stronger than a woman. What areas do you think you can improve in terms of supporting other women?

Whenever we hear anyone say that he/she is a Feminist, we assume that they’re just saying it to grab more eyeballs upon them. The media portrayal of feminism contributes to its stigmatized image. This can be credited to both traditional and social media. The media has painted the feminist as a raging, man-hating woman. She is likely conventionally unattractive, and overly sensitive, and perhaps she identifies as a lesbian. She focuses on fruitless protests and trivial things such as bra-less rights. Jokes about feminism and stereotypes about feminists persist, and many of these are also homophobic and assume that being lesbian is something ‘bad’. Being a feminist is not something particular to any sex or gender: some women and men consider themselves feminists, some are gay or lesbian, some heterosexual, bisexual, or transgender. The true meaning of feminism is lost in current society, as people think that feminism means giving womenkind an Iron throne to control the world, which is wrong! Thus, I think the media’s portrayal of feminism should be revised and corrected.

“ I think what makes me feel most powerful as a woman is other women around me. That’s it. Just the solidarity of other women. I, also, don’t in particular care about gender, but it’s just the other women I’ve met, and the other women I’ve been lucky to be surrounded by. My team is almost entirely women. I only work with women who inspire me every day. I believe in that quote that “if you’re the smartest person in the room, you’re in the wrong room”. And I live by that and so I’m surrounded by people who are just smarter and better than me”. Here in Jameela’s words, we can see the support and respect she has for other women, and I think this kind of behavior is super healthy for the work environment. Because people have this false belief that “a woman is the greatest enemy of another woman”, which is not true.


Where do you see yourself in the future as a feminist?

Since I aspire to create a life that speaks to every part of my being, regardless of societal norms, I would consider myself a feminist. For me, feminism is defined as the power of women to create their version of what it means to be a woman.

It’s time we recognize that feminism isn’t about making women strong. Women are already strong. It’s about changing the way the world perceives this strength. Nobody should be afraid of being referred to as a feminist because it frees both men and women from the imposed gender stereotypes. Feminism shouldn’t be perceived as hostility against men because Me asking for my rights will not deprive you of yours!

MUST-READ: FEMINISM – 5 Facts That You Need To Know 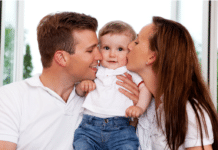 Life Of An Only Child: Answers To Frequently Asked Questions 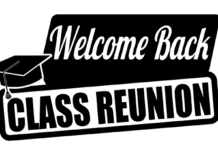 Its High Time To Plan For That School Reunion 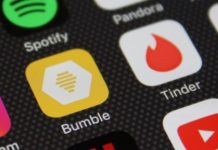