The modern Olympic Games or Olympics are leading international sporting events featuring summer and winter sports competitions in which thousands of Athletic from around the world participate in a varity of compition . The Olympic Games are considered the world’s foremost sports competition with more than 200 nations participating. The Olympic Games are normally held every four years, alternating between the summer and winter olympic every two years in the four-year period.

The Ancient Olympic Games were religious and athletic festivals held every four years at the sanctuary of Zeus in Olympia , Greece . Competition was among representatives of several city-states and kingdoms of Ancient Greece . These Games featured mainly athletic but also combat sports such as wrestling and the pankration , horse and chariot racing events.

The Olympic Movement is made of three major elements:

NATIONAL OLYMPIC COMMITTEES  (NOCs) represent and regulate the Olympic Movement within each country. For example, the Russian Olympic Committee (ROC) is the NOC of the Russian Federation. There are currently 206 NOCs recognised by the IOC.

Organising Committees for the Olympic Games (OCOGs) are temporary committees responsible for the organisation of each Olympic Games. OCOGs are dissolved after each Games once the final report is delivered to the IOC.

Medals are awarded to the athletes or teams who place first, second, and third in each event. The winners receive gold medals, which were solid gold until 1912, later made of gilded silver, and now gold-plated silver. Every gold medal must contain at least six grams of pure gold. The runners-up are awarded silver medals and the third-place athletes receive bronze medals. In events contested by a single elemination tournament (most notably boxing), third place might not be determined and the losers of both semi-finals each receive a bronze medal.

At the 1896 Olympics , only the winner and runner-up of each event received medals—silver for first and bronze for second, with no gold medals awarded. The current three-medal format was introduced at the 1904 Olympics. From 1948 onward, athletes placing fourth, fifth, and sixth have received certificates, which came to be known officially as Olympic diploma ; from 1984, these have also been awarded to the seventh- and eighth-place finishers. At the 2004 summer Olympics in Athens, the gold, silver, and bronze medal winners were also presented with olive wreath . The IOC does not keep statistics of medals won on a national level (except for team sports), but the NOCs and the media record medal statistics and use them as a measure of each nation’s success. 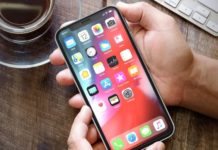 Alternative ways to check CBSE 10th board results when cbse.nic.in is not working 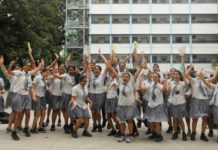