Our beloved Matt LeBlanc (Joey Tribbiani) turns 54 this month (I thought he had a deal with God). We cannot simply talk of Matt without mentioning Joey since most of us relate him with his character from F.R.I.E.N.D.S. Joey is probably the most likable character from the show, I mean who doesn’t like Joey? So here, we take a trip down the memory lane and count the reasons why we fell in love with Joey in the first place.

1. His relationship with food:

He is the ultimate foodie. Remember when he almost took a bullet (it was a car backfire actually) to save his sandwich? Apart from acting, his talents also include eating an entire turkey in one go! If that doesn’t impress you, I don’t know what will. And let’s not forget the “Joey special” (two pizzas). Good thing he has a friend like Monica who cooks all the delicious food for him to eat. He is curvy and he likes it.

2. He is childlike and innocent:

There is a child trapped inside of Joey’s body which is evident from his stuffed penguin friend Hugsy (yes Emma, Hugsy belongs to him). Even the adoption agency believed that the letter actually written by Joey, was written by a child. He cries like a baby at sad movies and he is not ashamed of it. I think Joey taught everyone that it’s okay to be a child at heart.

Joey was supportive of all his friends. He wished for Chandler to get the job, instead of wishing to win the lottery. He kept Chandler and Monica’s secret even if it meant the other friends calling him names. He fought with Rachel’s boss when he thought he was trying to buy her baby. He even volunteered to stop eating meat when Phoebe was pregnant. I could go on and on. And yes, if he had to, he’d pee on any one of you! Joey tribbiani is indeed a true friend.

Read: 9 Quotes Which Explain Why Coffee is a Student’s Best Friend

Girls want him and boys want to be him. For Joey, a mere “how you doin?” is enough to impress the ladies. He is the go-to guy for Ross and Chandler in times of girl troubles. His pleasing personality and good looks are enough to charm the pants off of anyone. Also only Joey can make you cry just by reading a children’s book.

5. His bromance game is on point:

Joey and Chandler’s friendship is something most people only dream of. They are each other’s soul mates. They would go to the ends of the Earth to make each other happy. Remember how much they missed each other when Joey once moved out? From offering financial help to having deep philosophical conversations, Joey and Chandler managed to sustain their friendship through the thick and thin of life. Joey even has his own room in Chandler and Monica’s new home. Now this is a friendship which we all love and adore. 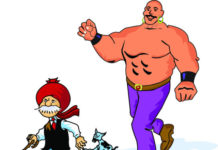 Cartoons that will remain ever fresh in memory 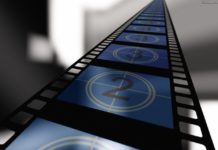 Indian Cinema: Why the Retake Doesn’t Cut It 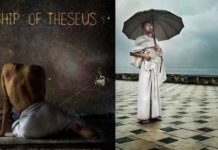