Imagine Time Travel was possible, without getting into an argument. Because it is. It really is. Beyond the world of Doctor who that is, although still theoretically so including Einstein’s Theory of General Relativity, and perhaps with the help of a blue box but YES IT IS POSSIBLE OKAY!

Now Time Travel paradox is the logical contradiction that is associated with the idea of time and time travel. Before dangerously laying down more facts let’s first understand the various time paradox. 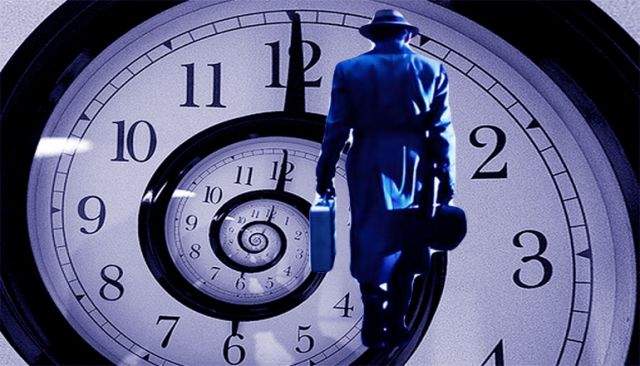 Considerably the most common paradox is similar to that of a self-fulfilling prophecy. A time traveler goes back in time to change something but the intern ends up taking part in certain events which lead to the outcome of that something. A formation of a casual loop takes place here. The predestination paradox involves a heavy sense of irony where that something happens because the time traveler has gone back in time or perhaps it was an unavoidable outcome and would have happened anyways. Therefore a conclusion can be drawn that it is in fact impossible to change the past and one trying to interfere with it will find himself trapped in the loop leading to its outcome in the first place. I’ve tried explaining it better with an example of me eating a cake which will end up giving me food poising.

Let’s say your Grandfather wasn’t exactly a very nice person, he creates a dynasty that sort of destroys the world. So you decide to go back in time and kill him before he meets your grandmother thus destroying your whole family line including you. The basic idea however is that no matter how hard you try you can never go back and kill your grandfather, because if you do your mother or father were never born and so you were never born, so there was no one to go back in time and kill your grandfather in the first place.

However, there is another theory that this would form a parallel universe or an alternative timeline where after you’ve killed your grandfather you return back to the present but there is no you here. You were never born. Everything about you has been erased, family, friends, home, bank account, history, EVERYTHING. You are nobody except now you can become the perfect criminal!

Similar to the Grandfather paradox when you g back to kill baby Hitler (because well he will grow up to be Hitler) you end up eliminating your own reason to have gone back in time since you’ve intern prevented the death of six million Jews and other minorities. Which sounds all good, you know, but what you didn’t consider was that it tends to lead to some kind of downward spiraling domino effect. Killing your grandfather only leads to a limited “butterfly effect” but killing Adolf Hitler would lead to far-reaching consequences for everyone in this world. Or as the Doctor would describe it, it would create a huge tidal wave in the universe would lead to worse things happening than the Holocaust.

Novikov’s Self-consistency principle states that although time travel is possible, time paradox is not. No matter how many times you go back in time or try to do something differently, the entire story will remain self-consistent and you cannot do anything to avoid it. Polchinski’s paradox was stated keeping this in mind by Joseph Polchinski. A scenario is stated in which a billiard ball enters a wormhole, and emerges out the other end just in the past just in time to collide with its younger self and avoid it going into the wormhole in the first place. Polchinski’s paradox is taken seriously by physicists, as there is nothing in Einstein’s General Relativity to rule out the possibility of time travel, closed time-like curves (CTCs), or tunnels through space-time. Furthermore, it has the advantage of being based upon the laws of motion, without having to refer to the indeterministic concept of free will, and so presents a better research method for scientists to think about the paradox.

My most favorite of all the paradoxes is also known as the Ontological Paradox. Imagine you love Shakespeare. So you travel back in time to meet him. However, on arrival, you find that there is no or ever was Shakespeare to have ever existed. All those plays, all those sonnets were never written and in the future you will never get to read them. So what do you know when your hero ceases to exist? Instead you decide to write all his plays in his name and publish them. The plan is successful. Several centuries in the future a time traveler is reading the works of his favorite writer and decides to go back in time and meet the man himself. Well, so who really wrote all of Shakespeare’s plays? Every stage in this argument has a previous stage in order to explain itself. We have an infinite chain and since infinity has no end, we can’t know the beginning. The only thing we are certain of is the fact that Shakespeare’s plays exist.

Essentially the theory goes that there must be an original sequence where Shakespeare wrote all the plays. However, this timeline was derailed by something that didn’t happen in the original sequence of events, everything that happened afterward is entirely new and unpredictable. How about the thing that derailed the original timeline was your arrival in the first place? Perhaps you injured a man who landed in the hospital and thus weren’t there to save Shakespeare from a terrible accident that lead to his death? Or perhaps you took too much sugar in your coffee while you were in Elizabethan England? Endless possibilities.

From that point though, we are in a new history- the reason we can’t go back and find Shakespeare writing his own plays is that Shakespeare didn’t write the plays in this sequence of events. Nevertheless, the idea for the plays did originally come from Shakespeare himself. 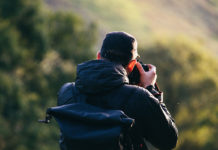