According to a committee the vice-chancellor appointed in June, departments will now handle 50% of the DU PG admissions; colleges will still handle the other 50%. The board was asked by the dean of exams DS Rawat to recommend measures for ensuring that the current system of admission is followed while also allowing departs to register students directly.

The University of Delhi (DU) enrolls PG students through the Delhi University Entrance Test (DUET). The university grants direct admission to students who excel academically in their UG degrees. In this case, only 190 seats of the 380 seats in the chemistry department will be filled by the department, while the remaining seats will be distributed among the colleges.

“In the past, institutions would admit students and collect fees. For science classes, particularly, the lessons are held in the departments due to the need to use the lab and other facilities. Humanities tutorials are typically offered by colleges,” according to Rawat, who spoke to TOI. The issues that arose during rankings were another reason to re-evaluate the admissions procedure. Rawat states that the VC noticed that no students were enrolled in any courses on paper during a National Assessment and Accreditation Council assessment (NAAC). 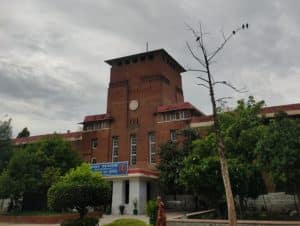 The ruling would not have a significant impact on the colleges, according to SP Agarwal, principal of Ramanujan College. In most cases, they will get more seats than they had previously for the majority of courses. According to Aggarwal, the action is intended to address the teacher-to-student ratio problem.