“They say girls are just expected to never be late out at night, dress up properly and stay home learn to all the things in the kitchen,

But what they never understand that she is a strong independent woman with an aura of a lioness and the one with a crucial opinion.”

People all over the world always whine about how difficult their jobs or work professions are and how hard they have to work to live a normal and safe life but that’s just useless talk. Have you ever thought that the most difficult thing in today’s world is nothing but being a girl or well more like an independently safe girl?

Yes, I have said it and some or maybe all of you might hate me about it but it’s the sad fact of life and somewhere in your heart you might agree to it but never admit it or otherwise it might burst that big pride and ego-filled balloon of yours. Everyone always says that women take longer to dress up and get ready, so let me finally reveal to you the actual secret behind it. Half or mostly the entire of our time is always spent on thinking if our outfit is properly accepted in the society, there’s this famous catchphrase of “Log kya kahenge?” that looms in our minds due to which we change like thousands of outfits finally coming to right one that looks good on us and is also ‘appropriate’ as they say.

After all of this tedious process, even a bit of our skin is showed there our chances of us getting raped by some pervert who doesn’t have any decency in his eyes, and all he sees a woman is as an object, but the funny part is that he gets away with all of this why just because he is a man or as they call him a ‘crucial bread maker of this narrow-minded society’ who still act illiterate after spending thousands and millions of bucks on education. Oh and if you are still stuck on the fact that I actually used the rape word and ignored everything that I wrote after it and think of me as a not so ‘sanskari’ girl then my darling you seriously need some help and for those who actually read everything I respect you and for those other who read it but didn’t mind understanding it let me tell you one thing- I DON’T GIVE A DAMN ABOUT IT.

So, getting back to the main motive, you know I never quite understood the out of this world logic of the Indian society that if a boy rapes a girl it’s her fault cause she ‘lured attention’ towards her by dressing inappropriately and the spoiler alert is that she didn’t even dress for that cause. You know like I said it’s not easy being a girl I mean first of all spend hours getting ready and finding the most appropriate dress and then ending up getting raped cause it was inappropriate and attention luring for the man God that’s a lot of hard work, so the better alternative to that is to stay in the house. But the problem doesn’t end there as well, if you stay home and know nothing about basic household chores then that’s a shame on you girl! Well, this is what I’ve heard the elder ones always in my house.

Let me get one thing right, people say that girls are not safe outside and frankly it’s not even a good idea to stay home all day and listen to your grandparents or your parents (maybe sometimes) rant about how you are a girl and know nothing about doing chores, so where exactly are we meant to be? The first answer that comes to the Indian mind after this question is that a girl is finally safe at her husband’s house, but is this always true. Those who find their Prince Charming live their fairy tale lives but what about those who don’t? What about those who are just forced to stay with their husbands to fulfill their needs and provide an heir to the family?

Ever heard of Marital Rape? Well don’t worry even till recently I was among those many people who like right now might be going on google searching about it. Like everything, we Indians consider nothing to be wrong about it. You know the biggest problem of Indians especially men (well not all but some) is that they never accept ‘NO’ for an answer, they always want it their way. Well if a girl isn’t ready, she is not, didn’t you like to promise to respect her decisions, or were those just words for you? Getting pregnant and give birth to a child is not just a duty of a woman, it’s a blessing and truly a wonderous thing about which every woman dreams after getting married and it’s not something she should be forced to do it. Just because you can’t control yourself doesn’t mean that she has to be ready for it as well. Dude just try to accept it everything can’t always go your way!

Well I think I’ve said enough for all our brains to understand if I want, I can write a whole book about it but no use of it cause no one’s ever gonna take it seriously or just read halfway through it and get bored, but just writing about it isn’t gonna help nor stop anything about it. The least it could do is make a way through people’s minds and make them think about it but the rest is in their hands to actually take it seriously or not. Having candle marches after a girl or a woman is assaulted won’t help but changing the way we think and see and stopping something bad before it turns to worse is something that can make a difference, because someone said it well that, “PREVENTION IS BETTER THAN CURE.” 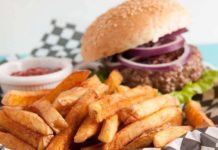 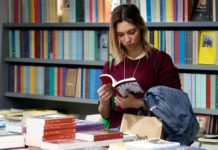