The Delhi University on Sunday informed the University Grants Commission (UGC) and St Stephen’s College that the reappointment of its Principal John Varghese is invalid. DU said the move does not fulfil varsity rules or UGC norms.

The varsity’s Joint Registrar, in a letter to the St Stephen’s governing board Chairman P.C. Singh, said that norms were violated, making the re-appointment of Varghese flawed and invalid, and the University is bound not to recognise Varghese as the Principal. 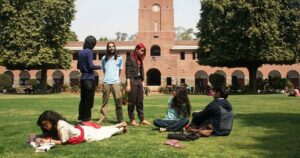 According to the rules, the term of the Principal of St. Stephen’s or other constituent colleges is five years and a second term is only possible by following the necessary selection process.

In a letter, DU’s Assistant Registrar had said that the varsity’s ordinances have no provision of extending the tenure of a Principal by another term, though they provide for a further term by means of the duly laid out recruitment process, as per the UGC norms. However, the college’s supreme council openly violated this.