Mumbai, is to India what New York is to the States. Its not only an amalgamation of various lives, but a way of life in it self. Among the younger generation, Mumbai is thought to be separated into 2 parts; South Mumbai and The Suburbs, how individuals on both the corners have stereotyped each other in comparison to their own thinking and life style, yet co-existed and mingled together makes for a interesting example in itself!

South Mumbai, also known as “The town side”, is said to have a totally disparate culture as compared to the rest of the Mumbai (north Mumbai), which is termed, as “The Suburbs”. Not just the culture but also the distances, their thinking, their personality of both sides vary drastically.

Suburbs (North Mumbai) is a relatively larger area. It comprises of ¾ of Mumbai and yet the South Mumbai people hold a great impact on them.

Talking about the people of these sides, they are the opposite poles that make us imagine this entire scene as a KJO movie. Taking one of his productions into play, we’d say if  the characters of Alia Bhatt and Varun Dhawan were from Mumbai in “Student of the Year”, they’d be from South Mumbai 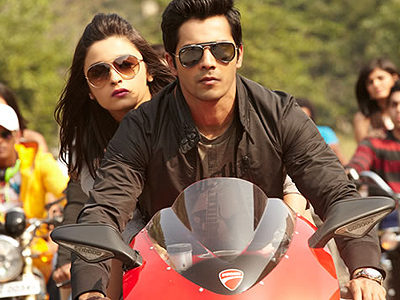 In a very sterotypical view, South Mumbai kids are usually said to showcase these features-

On the contrary, the people staying in suburbs are similar to “Siddharth Malhotra in Student of the Year”

However, some areas in the suburbs have started to develop at an increasing rate like “Bandra, Andheri, Vile Parle, Navi Mumbai” due to the film stars and some of the businessmen residing in those areas. Big brands are targeting these places and the big fishes of the private sectors like Reliance, KPMG, Siemens, etc. have their offices in those areas. These developments are diminishing the gap between the two sides but besides that the suburbs constitute a HUGE area, and because of which the gap will practically take a long time to cover up amongst the two just like in the movie “Student of the Year” where there’s a happy ending or it may just exist forever.