Home Blogs Is Media Autonomy a Myth or Reality? 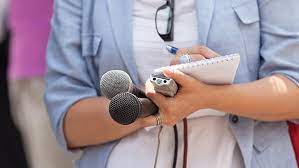 In simple words, media autonomy means “media independence” which constitutes the absence of any external control or influence on an institution or individual working in the media. And according to my opinion, a democracy must have independent media, to show reality to the people.

Let us first talk about the financial factor, say a newspaper agency such as The Times of India gets an advertisement contract from Nestle worth 30 crores/year. Now definitely you will see a lot of Nestle products ads in the newspaper.

Now, here is the twist. A piece of news arose in the media that 20 people died due to food poisoning after consuming Nestle products. Now even if all the other news agencies are covering this news, the Times of India will not cover this news because it is financially bound to Nestle. This is called ‘private ownership’ of the media which throttle the judgment of media and puts them into a dilemma about whether they should publish the facts or not.

Coming to the second factor is the ruling party’s power over the media. India is the world’s most populous democracy, it is also sending signals that holding the government accountable is not part of the media’s responsibility. BJP has supported campaigns to discourage speech that is “anti-national” and government-aligned thugs have raided critical journalists’ homes and offices. But still, BJP denied that journalists are being targeted and believed that much of what is happening is part of ‘orchestrated propaganda’ against the government.

The media have become widely flattering of PM Narendra Modi, amid allegations that the government issues directives on how the press should cover his activities and intimidates journalists who push back. The government has also been selective in the allocation of TV licenses, effectively excluding unfriendly outlets from the airwaves.

Now the question arises what can we do as a consumer to protect media autonomy? Some solutions are:

Crowd-fundings {by raising money from a large number of people, typically via the internet}Subscription-based services {in which a consumer must pay a recurring price at regular intervals (say a month/year) for access to news of the particular website}.
Consumer awareness, {verifying the facts instead of believing everything that the media is presenting in front of you and raising your voice against the false}

So in conclusion, I would say according to the present condition media autonomy is a myth to a great extent but we should not forget that there are still some small journalists and media houses out there who are working day and night to present the truth in front of society. But their reach is very little compared to these big media conglomerates, which is something for us to ponder.