Home Random Minds How We Lose Ourselves in Love

“I’d do anything for him,” she said. “Anything”

Too often do we lose ourselves when we fall in love.

When you feel like every love song has been written for you, you lose yourself in the lyrics that seem so apt for the times, and shrug off the sad parts as if it is simply inconceivable that they ever apply to you.

Those close embraces you’d never want to end, the soft kisses that seem to leave you breathless. 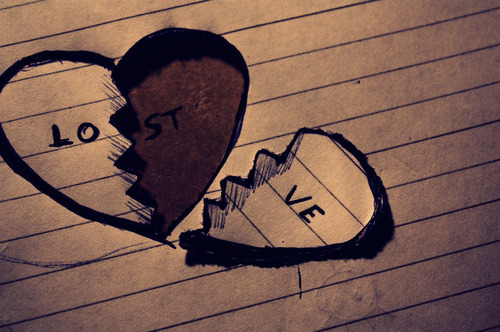 Love. A beautiful emotion, is it not?

Few realize the power of this double edged sword.

Too often do we, so enraptured by the attention, so enamored, so lost in the warmth of affection, of romantic words and gazes, forget who we are.

Self respect? What self respect?
“Oh, I love him, I’m all his,” thoughtlessly she proclaims herself to be a mere possession of a man. In the same thoughtless manner, she’ll give him everything, anything at all, suppressing the sadness at the loss, at the disrespect, at the lingering feeling of wrongdoing. Every doubt pushed away by convincing herself of the love she has for him, and he has for her.

Too much effort to look good, a smile accompanying every word and gesture, saying things you’ll never mean. All for the sake of him, his attention, him looking at you lovingly and calling you attractive, adorable, and his roaming eyes to convey that he finds you appealing.

At the end of the day, I’ll be tired, wondering, what did I accomplish in yet another day of not being myself?

Where did I go? Did I want him so badly that I wasn’t sure he’d accept me as myself?

Forget the rose tinted glasses he said I looked at everything with, the mirror image I saw everyday was something I despised.

“Why? Because I love him, isn’t it obvious?”

“Does he do the same for you?”

And there you see the subjugated role a woman in love is in, a role her man raises no issue with.

Personality? What personality? Malleable, it becomes, suited to match the mood of one’s not-quite-better half.

They forget self respect. They tend to forgo much valued, break promises made to oneself a long time ago.

And marriage- in this scenario is the next step, the legal binding of a dominated woman to a chauvinist. What terrible things does such treatment do to one’s ego, only the woman can describe. Self esteem, self respect, moral standing, all washed away in the drain. All in the name of love.

And when I finally, finally opened my eyes, and realized, how much I have lost, and freed myself of the toxic mess I was involved in, through my own mistakes, no doubt.
Then that girl spoke to me, the one who always seemed so strong when I was weak, the one who knew what I was going through much before I did.

”I knew it would happen. Because you know deep inside, that he is a chauvinist and you are, at heart, a feminist.”