Home Blogs What Ruined Independence Day’s Charm For Me

As a child, Independence Day was one of my favourite holidays. Not just because it was a non-school day, but because I really liked celebrating it. It was a non-negotiable family day. Getting up early for the Prime Minister’s speech and the extra special heavy breakfast was ceremonial. 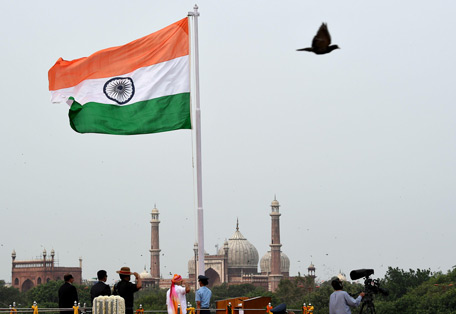 I used to dress carefully, trying to imbibe as many colours of the flag in my outfit as I could. Lunch dates were tabled with some patriotic movie on TV. The entire evening was spent buying and flying kites. I never learnt to fly one, Papa used to do it. My sister and I were alternatively appointed the important role of holding the mancha. My brother was always thought to be too young to be given ‘that kind of responsibility’. It used to be a delight, climbing up that wobbly wooden ladder to the terrace, hosting our own flag, eating chips and sweets with eyes focused on our kite in the sky. We made sure ours were the loudest voices screaming “I bow!” when we cut someone else’s. We would descend only when it was too dark to see anymore, even the occasional drizzles couldn’t move us before then. Dinner followed by quick snacks, accompanied by some educational program about India’s history on TV. It used to be a lovely day well-spent, in fond remembrance of all those who fought to give freedom to this country.

However, through the years, Independence day has lost its sheen for me. We haven’t been kite-flying the last few years. I do not watch those movies we used to, nor listen to those old songs. All these rituals have lost their charm with my sense of growing claustrophobia within the bounds of nationalism.

Nationalism down my throat

The national anthem when played in school assemblies used to move me to tears. I used to stand with my head held high, because it used to fill me with so much pride; not because I feared for my safety like I do now when I do so for the anthem being played in movie halls. The grand tone doesn’t fill me with exhaltion, like it should. It washes me with resentment, of being thrust under someone else’s sense of (forced) nationalism. Why is it necessary for me to be reminded that I’m an Indian before I watch a movie? Do citizens need to be reminded of such a thing? It is a relief when it’s over and I sit back down pretending I didn’t do something I don’t believe in.

Patriotism is so perplexed and ruins dignity?

My education has taught me to be my own person, to be able to think differently and stand up for my beliefs. But how can one, when dissent assumes sedition charges? What I am being told now is that nationalism is glossing over deaths of hundreds standing in bank queues as “small sacrifices for the larger good of the country”. It is defending the autocratic AFSPA and denying atrocities committed, even in the face of insurmountable evidence. Nationalism is in installing army tanks and national flags in universities, taking over secular places and resorting to violence to crush dissent. It is in lynching Dalits for their profession, and creating national saffron-fear. It believes in celebrating the Kargil war and resorts to politics in face of the Gorakhpur tragedy. This kind of nationalism reminds me that I am not a nationalist.

Why this Nationalism affects me?

We are a failed nation with not much a consequence to show for 70+ years of independence. Ours is a state fraught with extremism and internal rivalries, a place where students can’t talk, women remain bound, youth unemployed, communities entrenched in murderous clashes, the masses impoverished and malnutrition, where reality remains veiled and the present is lost in past battles. We need to think, each of us, deep and hard, about where we went wrong. To pick-up the debris and continue with new passion the fight to build a strong, progressive and inclusive nation-state would be the best tribute to our freedom fighters.

I am filled with deep sorrow at the loss of my past enthusiasm for August 15 celebrations. Though it has given me a clearer vision, the feeling leaves a bitter taste in my mouth. Still, sometimes, when I go to Connaught Place, and sight that tall flagstaff surrounded by green and the beautiful flag caught in the evening wind, I am brought to an awed standstill and my heart, once again, is set aflutter.