Memory works in wayward ways. One can’t choose what or who to remember or control association of one’s ideas. What I remember of the first day in my DU are the library books, the colour of mehendi, the cats and being lost. I don’t remember the colour of the paper plate I bought my first plate of honey chilly potato in, but I remember that they were the best thing I’d ever tasted. I might not remember what the girl who would not live to wear a graduation cap said to me in return, but I remember complimenting her gladiators. It is the quirks one remembers, things that stand out. Here, we bring to you a few DU colleges and everything queer about them, things which make college fun and memories fonder.

Miranda’s cats are pretty darn well known. They are super friendly and eat right out of our hands and sometimes even sit with the students in lectures. The mushroom huts near the Nescafe lawns have, at any point during college hours, better attendance than lecture halls. With four food outlets to choose from, eating is an experience.

A premier institute under DU, Stephen’s has a ‘passion corridor’ near the auditorium, called so perhaps because it is dark and perhaps because it is well-acquainted with ‘passionate’ going-ons. The dhaba near the science block is popular among resident students because it remains open till 10 PM. The canteen serves great ‘Kashmiri omelette’ (makes no sense to us either) and Nimbu pani which costs Rs. 8, but the SP ends up being Rs. 10 because no one ever has any change. P.S. –  it is NOT a canteen, it’s a ‘cafeteria’.

Riddhi Arora, a 3rd year B.Com(H) student, while talking about the hangout spots in the college mentions the famous staircase. “It needs no introduction. The steps are better used than metro seats with students eyeing for empty spaces and ‘thoda adjust kar lo’ jugaad going on here too. It’s a very convenient spot as it’s near the canteen as well as the parking lot. We can see teachers coming in so we know when to run for our proxies.” The dogs at SBSC are famous as well, they love gentle touch and books in the front lawn, to sleep on to. There’s also a Peepal Tree outside the canteen where shrieks of candor enlighten the environment.

Ramjas is one of the most ‘badass’ DU colleges. One of the oldest DU college, it has a Sutta Lane where you don’t have to think twice before smoking up. It is a land where waiters serve students outside the canteen and huge celebrations take place after every college election. The eternally closed auditorium with the crumbling ceiling calls for nostalgia too.

Valentine’s day celebrations in Hindu are a sight to see. A ‘Damdami Mata’ is chosen and the ‘Virgin tree’ decorated with water-filled condoms and balloons (which are thrown at students as holy water). A legit puja is done and prasaad distributed too, to bless students with relationships and non-virginity. Like Miranda House, Hindu has a PAM (Pizzas and More) outlet. Pizzas are nonwhere to be found here as well. 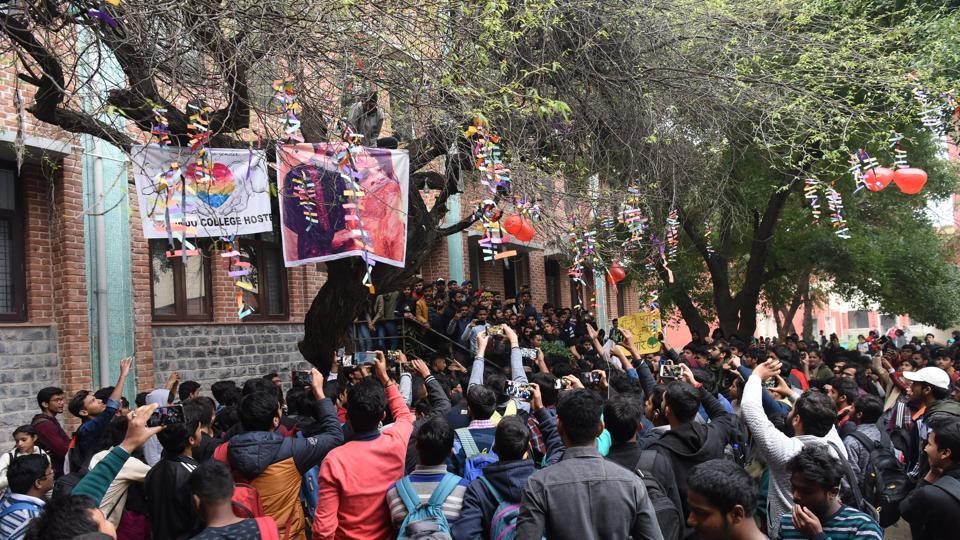 Lady Shri Ram girls have their very own adda, the Back lane, National park. With different spots like Orange juice, Sutta Lane and gazebo this is where half the LSR crowd can be found, whether it’s for a smoke, discussions or just chilling. Inside the campus, the cafeteria is where all the action happens. Maggi and a cup of iced tea is the most popular food preference. LSR also has it’s resident dogs which sit with students all day, scoring sneaky titbits.

To all freshers about to jump into the boat, we welcome you, baby adults; college life is great, you’re gonna love it. Study hard, party harder, try everything you’ve wanted to and make sure you live such that college years are gold trimmed in your memory, like I know they will be in mine.

DISCLAIMER: This section is purely user generated that describes their own opinion. University Times doesn’t take responsibility for the matter and its editing. We are not liable if the content hurts or offends the sentiment of any person, organisation, company or any other body. 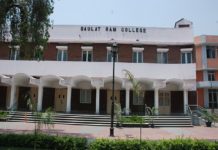 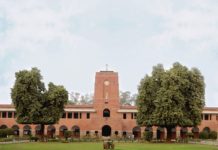 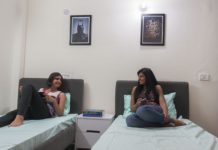 The Roommate Agreement: How to Survive in DU With a Roommate