Browsing absent-mindedly one vacant rainy afternoon, I stumbled upon #YaadAya, a campaign by PepperTap to remind us of our childhood days, and wave of nostalgia hit me and I was transported back to the 90’s. I realized how lucky we are to be a part of a generation that managed to get our hands and feet dirty playing outdoors rather than having our eyes glued to a screen. Instead of connecting with our friends through texts, we would run downstairs in the evening to play with our friends. If one did not have the option of playing outdoors, we would take out a pen and a sheet of paper and cook up a game to play rather than playing games on our phones! All this was the rage amongst the 90’s kids before the glorious advent of ‘Temple Run’ And ‘Candy Crush Saga’!

Here are a few games that made our childhood all the more special! :

Teams were divided into two, thieves and cops respectively. The basic aim of the game was for the police to catch all the thieves. People had different variations to make this game more entertaining. Perhaps, one of the few games where being the ‘bad guy’ was considered the better option!

The aim of the game is to knock out your opponent’s pens with your own. Whenever there was a free period or even when classes became too boring and mundane, our desks would become the arena for intense battles between our pens!

A ‘kabaddi’ of sorts between two individuals except one had to grab an object symbolic of a bone instead of the opponent. This game was characterized by intense stare-downs during the process of trying to ‘fetch’ the ‘bone’!

Friends, marriage or enemies? Counting the number of letters in your lover’s name and your own is surely an accurate way to find out what your future holds together, right? Perhaps, the most entertaining game where hidden secrets would pour out and important predictions pertaining to the heart were revealed!

Salient revelations were made about our future on picking between colours and numbers in this ingenious game! Girls also competed in making their tippi-tippi-tap’s more colourful and prettier than those of others.

A letter was picked after which, the players had to write a ‘name’, ‘place’, ‘animal’, and a ‘thing’ that started with the chosen letter. Remember wishing that the Letter X doesn’t get picked

Also known as ‘Chhu-Acchhoot Ki Beemari’, this amusing game was not only fun to play but was even more hilarious for a spectator. One had to keep one hand on wherever the ‘denner’ had touched you and proceed to catch the other players with the other hand. If you were smarter than the rest of the lot, you would touch the person’s foot and watch them hobble around!

The ‘denner’ chose either ‘oonch’ or ‘neech’ and could capture anyone who came onto his chosen land. In retrospect, this game probably was a little dangerous but we spent hours playing it anyway! Being the ‘denner’ in this game was definitely the most frustrating task.

One person called out the name of a bird, animal, person or an object and you had to raise your finger only when the name of a bird was called out. The confusion caused was directly proportional to the speed at which the names were called out. Furthermore, your knowledge about the entire bird species better have been exemplary in order to make it through to the end of this game!

These memories of fun ways to while away the time and the many friendships we cemented for all time to come won’t die any time soon! This brilliant campaign by PepperTap reminded me of great memories from childhood. Keep an eye on the screen and a finger on that mouse, you never know when they might start their next great campaign! 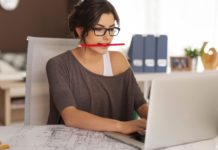 Top 6 websites to start as a freelancer. 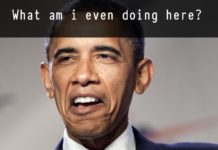 Top 10 Quirks of an Engineering Student 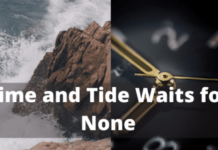 TIME AND TIDE WAIT FOR NONE….