Home Blogs Are Fast Food Chains Pulling A ‘Fast One’ On You?

There are several fast food giants from USA which are setting up shop in India and we welcome them into our market with open arms. Can you imagine life without a McDonald’s or Domino’s or Pizza Hut outlet anymore? Probably not.

The fanatic desire for these fast food chains is constantly on the rise which has brought many leading companies such as Wendy’s, Burger King, Taco Bell to open up branches all around us recently. While all of us may be super enthusiastic about trying out their food, do not get overly influenced. If you notice carefully, all these so-called restaurants are dolling out substandard quality of food in India and are not even close to the quality or quantity of food these same restaurants serve in the first world nation of America.

Don’t believe me? Are you too loyal to your favourite food joints? Well, here is some proof for you.

This video by BuzzFeed clearly shows how different the cup sizes of McDonald’s stack up in different countries as compared to USA. And as expected, our beloved McDonald’s has indeed been cheating us all this while. 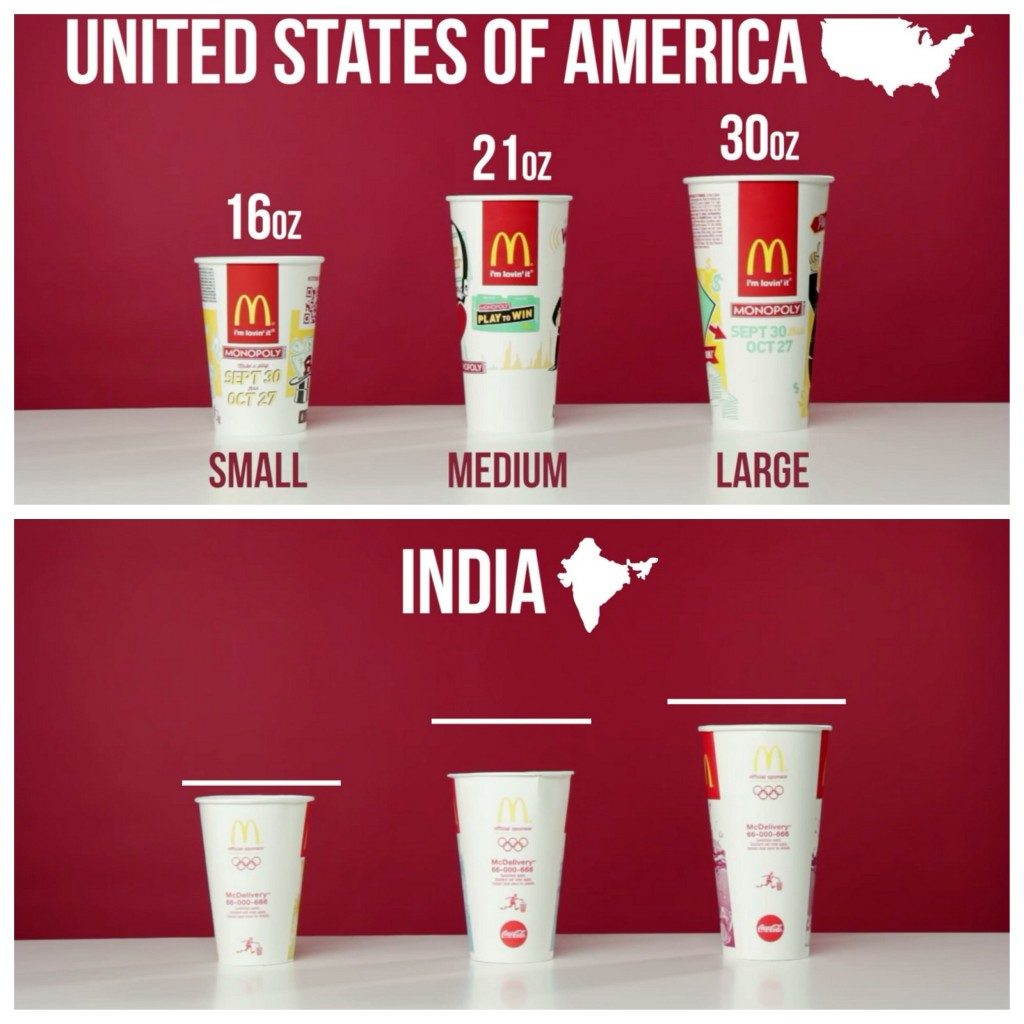 Now let’s talk about experiences closer to home. There are several customers, probably including you, who have experienced disappointment after receiving your order and comparing it to the lust worthy and mouthwatering pictures they had advertised of the same product. I found a perfect example of this when I ordered the recently released Crunchy Joe chicken burger by Dunkin Donuts. While the posters lured me in with hopes of a giant burger which is overflowing with chicken, what I received was just a sad pathetic looking burger with barely any filling or sauces. Basically, it looked nothing like the burger that their flyers had promised to me and several other crestfallen customers. 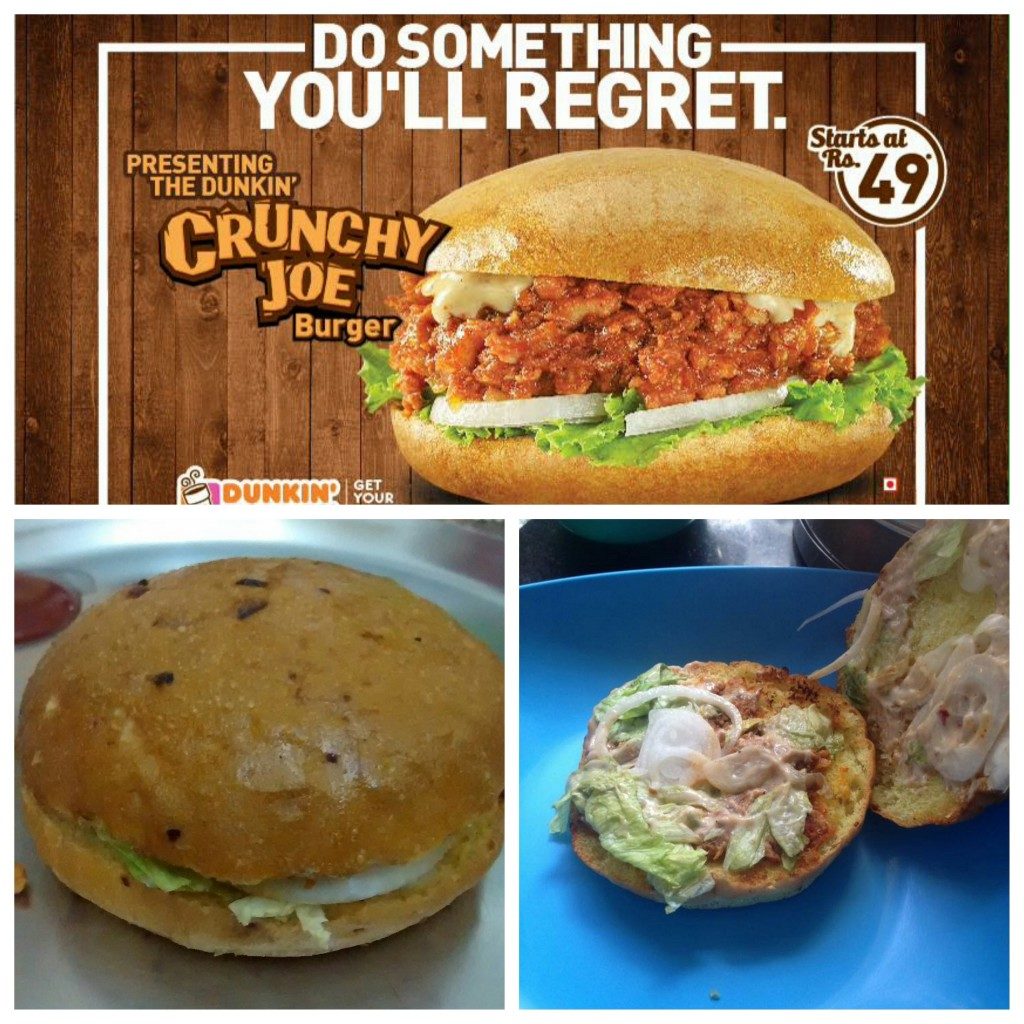 And it does not just end here. There have been numerous complaints by people who have claimed to not just receive food of  poor quality but food that is also unsanitary and unhygienic. Pooja Kapoor, a customer who went with expectations to have a nice dinner in Wendy’s, Sector-29, Gurgaon was greeted with an earthworm two bites into her mushroom burger. Upon inquiry, the manager just said that the earthworm may have come from the lettuce being used in the burger. A customer also allegedly received an iron nail embedded in a Chicken Whopper that he had ordered from Burger King.

These incidents show that the standard and quality of food is not something major fast food giants are worried about anymore. Their main concern seems to have become earning the big bucks and establishing branches in every corner of the world. In this internal competition about reaching the pinnacle of popularity and economic success, fast food chains seem to have put consumer satisfaction and health concerns way down their priority list. So the next time you walk into one of these food joints, ask yourself if this is the kind of food and service you signed up for.