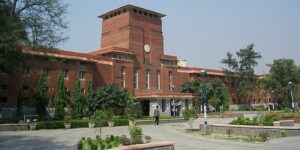 Delhi University directs the governing body of St. Stephen’s College to follow UGC regulations for the appointment of principal “in true spirit”. Just days after it terms Professor John Varghese’s re-appointment to the post “illegal”. On Friday, the university stated it is constrained not to recognise Professor John Varghese as principal of the college ever since his five-year term ended. This is present in a second letter to the governing body’s chairman Bishop Prem Chand Singh in the last 30 days. Mr Varghese was appointed the principal of St Stephen College on March 1, 2016, for five years. Recently, the supreme council of the college approved the extension.

The Delhi High Court directed St Stephen’s College to follow the admission policy formulated by DU recently. Also, to accord 100 per cent weightage to the CUET 2022 score while granting admission to non-minority students in its UG courses. The court’s order came on petitions by a law student and St Stephen’s College. It concerns the legality of admission procedure for admission of students against unreserved non-minority seats for undergraduate courses.